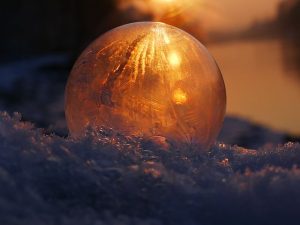 In her article, ‘I Don’t Need No Stinkin’ Coach!’, Amy Smalarz raises the question: “Why is there a stigma attached to Coaching as we get older?” She examines some coaching myths and concludes, “Coaching is the universal language of change and learning.”

This article made me reflect on my own experience. In 2009, I had just achieved the promotion to the executive position I’d long aspired to. My predecessor had retired after many years in the job and I knew I didn’t have her experience. My new job was exciting and challenging – and very daunting. I was worried my boss, the CEO, thought I wasn’t up to it.

Then the CEO called me into her office and said, “You’re getting a coach.” It was at that moment I knew for sure she thought I wasn’t up to the job. I was dashed.

Then I worked with the executive coach – and what an inspiring experience it was! Coaching gave me a safe space to work through complex issues and conflicts. Because my coach had been in a similar job to my own, I also had a mentor to work with on the challenges of my new role and to explore new ideas and approaches before taking them to the CEO.

Coaching helped me set a course to do my new job my way. And I did.

Later, I discussed this with my boss who told me that she had wanted to support me in the new role and thought executive coaching was a great way to do it. She was right.

In fact, I found the process so inspiring that, when I left that job, I moved into executive coaching myself.