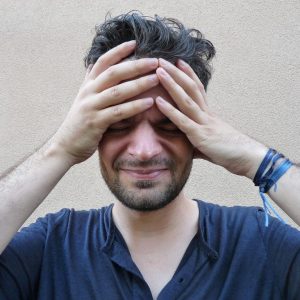 A client recently sent us a study from the University of NSW by Chris Jackson and Michael Collins which shows a link between “emotional self-regulation (and) a capacity to maintain attention”. In this study, the researchers put candidates in high stakes, stressful situations to measure how they responded.

They found, “Some people have a higher sensitivity in the ability of the brain to switch out fear when faced with a threat – (such as) …delivering bad news to the board – and some get caught up in that threat. They entertain anxieties, fear and anger, and ruminate on them and, as they’re churning through those thoughts, they have less capacity left to solve problems.”

The researchers discuss hiring the right people in the first place, by selecting people with the internal resources to manage effectively in times of disruption. They also make a point which will resonate with many people.

“Organisations need to understand they cannot pile the pressure on people more than they can actually deal with or things will go wrong. It leads to an abusive environment in which staff leave or litigate or generally become demotivated,” said Jackson.

We felt two findings had the most relevance for executive coaches and their clients.

The first is that frequently bosses are not aware they are behaving badly. “After working with executives over the years, I’ve found they’re often totally surprised that people would see them as bullying and harassing…,” Collins said.

The second is that, while you can’t grow your natural ‘attention resource capacity’, you can learn to use your limited resources more effectively.

“…practising mindfulness and cognitive behaviour strategies may reduce emotional overload, along with coaching or workshops to help leaders understand the relationship between how they perceive a situation, their thinking style, and how that influences strong negative emotions. The next step is learning self-regulation strategies to reduce the intensity of their emotions so they react more appropriately to difficult situations.”

Executive coaches can help you develop awareness about your own behaviours. They can assist you by bringing an objective perspective to your circumstances and help you build more effective responses to stressful situations.