In our previous post, we looked at how a narrow focus can put artificial limits on an organisation’s talent pool and affect employees’ engagement, and discussed the reality that of 24 million Australians, millions are members of at least one ‘minority’ group:

In February this year, the Australian Human Rights Commission and Deloitte released Missing Out: The business case for customer diversity.

Amongst the key findings of the report were these disconcerting results from the people surveyed: 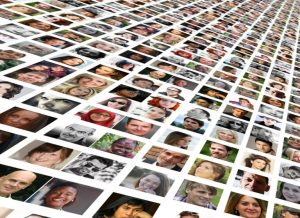 On the positive side, the report also found that people from any of the groups surveyed were positively influenced by an organisation’s reputation for supporting equality, whether or not it specifically affected them:

These figures show the scale of the issue. If businesses ignore the real make-up of Australian society, and take an artificially narrow view of their customer and stakeholder base, they are ignoring a very large number of customers and stakeholders.

It seems to us to be a high-risk strategy: giving millions of people a reason to move their business from you to your competitor.

As Cindy Hook, the CEO of Deloitte Australia, said, “A big question for any organisation is can they afford to ignore their diverse customers and in doing so, is there a hidden impact which accumulates over time?”

How can organisations expect their customers to buy what they are selling, when they are not making an effort to say, mean and show that they understand their customer base? How much does a narrow focus cost businesses in Australia? What is your business missing out on?