Many of our clients want to work with us on leadership. So, we decided to start the year by asking leaders we know about the foundations and challenges of leadership.

We begin the series with an interview with Rod Towney. Rod is a Wiradjuri elder and the most senior Aboriginal staff member in TAFE NSW.

Rod Towney PSM: Leadership has its foundation in respect 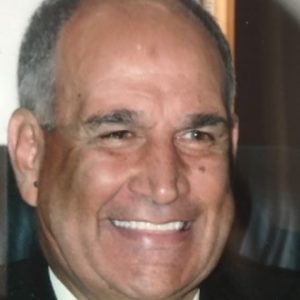 Rod said he believes that the characteristics of a real leader are that:

Rod told us when he was a little feller, some of the senior men, the uncles, chose future leaders from amongst the young boys. The uncles took those boys into the bush where they learned about hunting, fishing and the weather. Not everyone is chosen to learn about cultural knowledge in depth: Rod was one those chosen and feels blessed to have been chosen in this way; he notes this means he has been given responsibilities for his people’s well-being. Rod said that an Aboriginal leader is a leader amongst equals.

Rod has had a remarkable career, being elected to the regional Aboriginal Land Council at a relatively young age and from there eventually becoming Chair of the NSW Aboriginal Land Council. He has also been a member of ATSIC and Deputy Mayor of the Dubbo City Council. As a Senior TAFE Manager, he works over the vast Western Region of NSW, from Lithgow to Broken Hill and up to the Queensland border. He focuses on students getting the best outcomes from their study.

We asked Rod about a person he admired, as well as Nelson Mandela. He named several people, including a School Principal at Wellington, Mr Cahill, who encouraged and supported the Aboriginal children to go further and do their best. He also said that the Uncles and Aunties were heroes in their family.

Most of all, though, Rod admires his mother and grandfather, who inspired him, instilling discipline and a strong work ethic. He said they told him he was as good as anyone and encouraged and supported him in his decision to go to university. Crucially, they protected him from being taken away, helping the children hide in the bush when people came to take them. For Rod, this meant that he grew up as a Wiradjuri man in his own culture and this has formed the foundation for his life.