Jai Waters is Principal Consultant and Executive Coach for the Chandler Macleod Group. She has extensive senior executive experience working in the NSW Public Sector where she was responsible for state-wide end-to-end customer services, including student and business systems. In her current role Jai focuses on leadership development and career transition coaching. 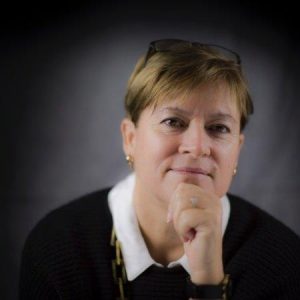 Jai Waters: Good leadership is founded on a vision for the future

When talking about leadership, Jai was quick to clarify that her focus is on good leadership.

For Jai, good leadership has its foundation in a vision for the future. The leader’s role is to engage and enlist people in defining and delivering that vision. For her, this is how a leader achieves success.

Next, a good leader needs to recognise that everyone is different. For this reason, a leader must demonstrate respect and inclusion. By acknowledging and using everyone’s skills and capabilities, a good leader ensures people are the best they can be. The leader does this by providing opportunities, support and feedback to different people at different times, according to what each person needs at that time. Successful leaders recognise that people are equal but different.

Jai feels that good leaders are responsive to ‘rumbles’, monitoring the dynamics within and beyond their team. The leader should be sensitive and alert to people’s differing needs, so everyone is working and contributing in a way that provides alignment to their work goals and leads to strong synergies.

Jai believes that celebrating wins is very important, whether they be individual, team or collective wins. She says this helps people understand the importance of what they are doing. She combines this with feedback to enhance learning, so everyone understands what went well, what didn’t and how things could be done better the next time.

Jai notes that each job is a stage in someone’s career. The leader’s role is to recognise the stage each person is at and this includes when they are ready to move on to their next position. The leaders’ role is to support people, not only in their current position but in the transition to a new role, whether that is within the current work environment or a different one.

When asked about a leader she admired, she spoke about the head of a large government agency. Jai attended a talk that he gave a short while after he was appointed to the position. She was a senior executive at that time and, and had 300 different tasks and projects she was trying to juggle. The leader said he had only three post-it notes on his desk which were the key priorities he intended to achieve while he was head of the agency.

Jai said that what she most admired about this was the clarity and simplicity of his intent; and his laser focus on what he was going to achieve – all while dealing with the noise and multiplicity of the demands of his role.

This made her aspire to having that clarity, brevity and focus herself, so that three essential goals would be enough.  As a result, she said she learned to identify and focus on what her key contribution would be, whilst also dealing with the everyday demands of her own role.

Finally, she says, to achieve the agreed leadership vision, “Everyone should be ‘in the boat’. It’s the leader’s role to get them in the boat and help everyone to reach that destination.”