Kate is the Regional General Manager, TAFE NSW West region. She is responsible for a region which is larger than France, stretching from Broken Hill to Lithgow and up to Queensland. Her region has 40,000 students, many in small, remote communities. In 2018, she was awarded the AM for significant service to education administration in rural New South Wales, to training programs for Indigenous students, and to the community. 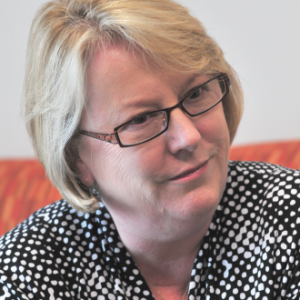 Kate Baxter AM: A leader must be prepared to do the difficult things that no-one else wants to do

When asked about leadership, Kate begins by dispelling a myth. “There are lots of stereotypes about what a good leader has to be like but different kinds of people can make good leaders.” For example, “Many people think only extroverts can be good leaders. I have an introverted personality but this doesn’t impede my ability to lead.”

She lists four aspects of good leadership. The first is relationships. “To lead, you must have someone following you.” Not everyone has to be a leader. Leaders and followers need each other, so you must be able to form and maintain relationships. Trust must exist for productive leadership.

The third is courage. A leader must be prepared to do the difficult things that no-one else wants to do. She gives two examples. The first is having the difficult conversations with the people who work for you. The second is keeping your own integrity intact, doing what you know needs to be done.

The fourth is looking over the horizon. A leader must be able to see further than the people who are following her. The leader must be alert to what’s coming and communicate that back to people.

When we asked Kate about a leader who inspired her, she gave an example from very early in her career. Kate was given a leadership role only 18 months after completing university. She was asked to lead service development and delivery for survivors of sexual assault, both women and children. She was given responsibility for designing and implementing a whole new area of service across Central Western NSW.

Kate was responsible for a small team and was asked to lead policy, delivery and accountability across the region. This forced her to think about leadership for the first time.

The leader Kate spoke about was responsible for the program state-wide. The first characteristic Kate admired was her ability to remain calm under pressure, no matter what was going on. Kate said she has always tried to do this herself, ever since. The second was that the leader was very strategic, which meant she was not overwhelmed by opportunities or challenges. Kate said this led her to try to always think more strategically.

The third thing Kate learned was when the leader conducted training for the regional managers. The leader drew a picture of a tree, with roots, the trunk and leaves. The leader said that far too often we go straight to the leaves but we must start with the roots and the trunk. If the strategy is planted firmly, the leaves will follow. But if we start from the leaves, the strategy won’t last.

For Kate, this meant she went back to her line manager and gained approval to build the strategy for six months before implementing any service provision. She took the time to visit all the towns in the area to get people on board so she could build the strategy into the communities. The result was that the strategy Kate developed is in still in place today – and, she told us, she still has her copy of the tree drawing – 32 years later.