Last week we interviewed Philip Carroll about workplace bullying. He talked about what it is – and isn’t

This week, Philip shares his insights on preventing workplace bullying.

To begin, Philip said, the leader needs to model the behaviour he or she wants to see and then require every single person in the workplace – not just the managers – to model the same behaviour. Fundamentally, he told us, it’s an issue of respect.

A leader must create a good culture within their organisation and follow through on that culture, irrespective of the size of the organisation. Philip says that you can’t assume workplace bullying won’t happen, even in small organisations, because it happens in real life.

Philip believes that organisations of every size can and should address the issue of bullying, though this would be done in different ways. The essence is for the leader to create, model and promote good cultural values. 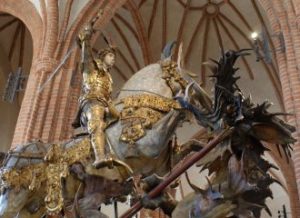 The next thing to do is to recruit to that culture. Philip noted in last week’s interview how much bullying can cost an organisation. It has also been found that, “A mistake in the recruitment process that leads to an early employee resignation or dismissal can cost an employer between half and two-thirds of the employee’s annual salary.” This means that an organisation needs to set their culture and ensure their recruitment process is robust enough to allow them to appoint people who will support and promote that culture.

Once you have done this, he says, you need to manage to the culture. A leader can do this by:

Philip says the next step is early intervention. Leaders and their managers should watch out for warning signs, such as general behaviours which are not aligned to the cultural values of the organisation; or poor behaviour in stressful situations. Philip says you should act early without over-reacting. “I’m a big believer in early, appropriate and proportionate intervention.” He notes that this doesn’t have to be a manager; a peer who sees things starting to go wrong can simply ask, “Are you OK?”

However, despite everyone’s best efforts, workplace bullying may still occur. We asked Philip what people should do.

He told us it’s essential for every workplace to have a procedure for managing workplace bullying. For a small organisation, it might be a very simple document while for a large corporation, it could be a set of workplace policies and procedures. The important thing here is that it is fit for purpose. If someone is subject to or aware of bullying, these procedures should be the first things they refer to, in order to find out what to do and who to go to. They should form part of the behavioural standards framework.

The next step, he believes, is to seek advice from an appropriate source and this kind of information should be in the procedure. Philip says places people can look to for advice might include:

People then need to make a careful and informed decision about what to do based on that advice, because the next step is often a formal investigation.

Philip believes workplace bullying is a high enough order issue to form an integral part of an employment relationship, so that a breach of the relationship may lead to dismissal.

He believes that, fundamentally, the key to addressing workplace bullying is to prevent it in the first place and the link here is to leadership. A leader who sets the right cultural values and follows through with these is far more likely to act swiftly and appropriately when bullying does happen and to lead a harmonious workplace where bullying scarcely, if ever, occurs.