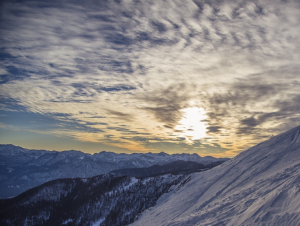 Recently my sister Elizabeth wrote this post for Executive Coach Exchange showing the benefits of taking a long term view in business. It’s reproduced here with her permission.

Does managing with a short term view affect performance compared to managing for the long term? McKinsey Global Institute and FLCT Global have recently published the results of their research showing that surveyed companies with a long term view consistently outperformed their short term peers across most financial measures from 2001 to 2014.

The long term companies had the following results by 2014:

What were the criteria used to judge whether a company had a long term view?

The research focussed on companies that were large enough to be under short-term pressure from investors, boards and others, with market capitalisation of over US$5 billion in at least one year during the survey period. They were evaluated against industry peers in an attempt to remove other factors that would affect performance.

The survey was based on five key assumptions:

Earnings growth – assuming that long-term companies will prioritise the absolute rise of earnings over earnings per share.

Quarterly targeting – the incidence of making, or missing, earnings-per-share targets by less than US$0.02. This is based on the interesting assumption that long term companies are less likely to make an all-out effort to hit earnings targets by small amounts, where doing so will divert resources from greater business needs. They are correspondingly more likely to miss earnings targets by small amounts, which could have easily been achieved with the same diversion of resources.

The study acknowledges that there are limitations in the methodology, as the assumptions had to be based on hypotheses about how a company with a long term view might behave compared to one with a short term view, and the study showed correlation rather than causation. The study was also based on US companies only.

Interestingly, the short-termists outperformed the long-termists in the financial crisis of 2008, with the long term companies taking greater share price hits, but in the following period the long-termists’ recovery was significantly better as they added an average of $7 billion more in market capitalisation than their competitors.

But perhaps the most thought-provoking findings were about those companies that began the survey period with a short term view, but gradually migrated to the long term category. The leaders of 14% of the companies in the survey were able to shift their companies’ behaviours from short to long term, with corresponding performance improvements.

The authors will next be focussing on finding out what practical steps these leaders took to achieve this turnaround.